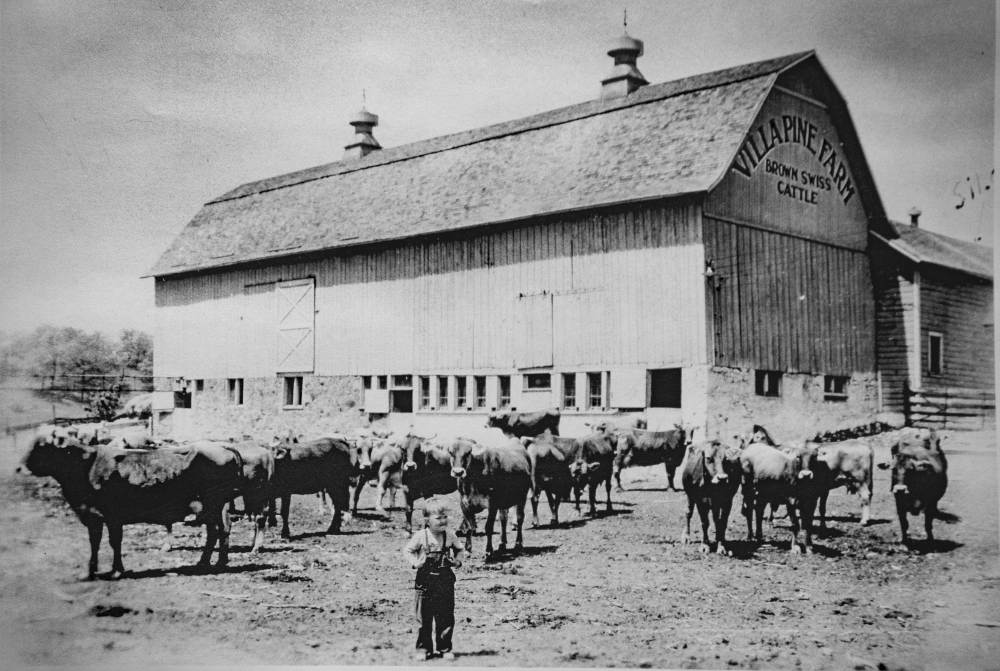 The Smiley Barn sits on land originally settled in 1839 by David Finley. Anton Kaderabek purchased the 200-acre holding, known as Villa Pine Farm, in 1897. He added the barn to house a herd of Brown Swiss dairy cattle. In the early 1960’s, Highway I-94 was built through the farm, splitting it into two pieces and leading to the sell-off of most of the land to developer Ted Morey in 1969.

The iconic smiley faces were created in the mid 1970’s. The faces were constructed of plywood and affixed to the unpainted, weathered gray surfaces on the East and West ends of the barn. The barn was converted to an indoor mall occupied by several independent businesses, including a cheese & sausage shop and a candy store. In 1982, Dick Smith’s Live Bait, Tackle & Taxidermy became a new tenant. Dick Smith convincingly suggested painting the barn yellow and it grew into a treasured landmark. 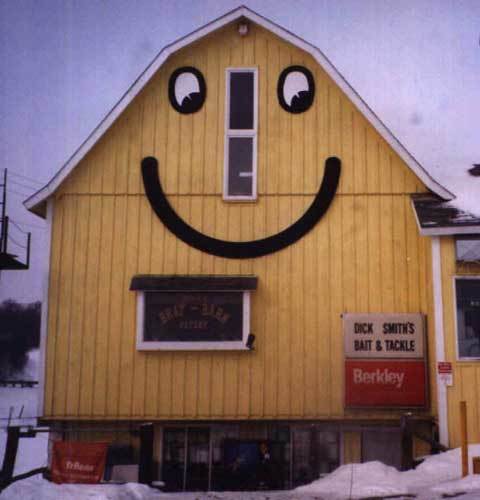 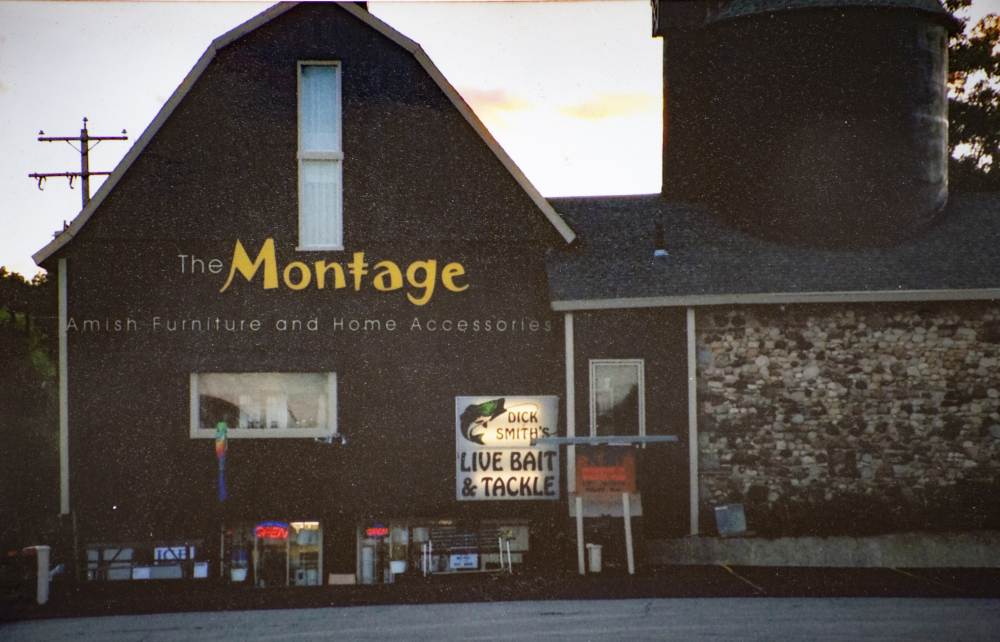 n 2001, Patricia and Dan Leavitt purchased the barn with plans to remove the smileys and open a furniture store called “The Amish Barn”. When word got out that the smiley faces were coming down, community members collected over 600 petition signatures in an attempt to save them. The campaign was unsuccessful, however. The barn was re-painted red and the smileys were moved to other Wisconsin barns. One was traded to The Elegant Farmer in Mukwonago, WI for an apple pie, the other was sold for a dollar to Heintz Agri Enterprises, a tree farm in North Prairie. In 2014, the barn was painted solid black when the furniture store re-branded and adopted a new name, “The Montage”.

In 2017, the Smiley Barn was put up for sale. Two potential buyers wanted to tear it down and build fast food restaurants on the property but their bids were rejected. The barn was instead sold to Maria Luther, a first-time entrepreneur who restored the barn’s yellow color and cheerful smiley faces.

On August 25, 2018, Ms. Luther opened an old-fashioned toy and candy store on the main level of the barn. A year later, Playmobil chose The Smiley Barn as one of the first two toy stores in the United States to house a Playmobil themed playroom (the other was F.A.O. Schwartz in New York City), and the second level was opened for this purpose with the "Grand Opening" scheduled for November 22nd, 2019.

The Smiley Barn remains a delightful part of Wisconsin history and a cherished part of our community.