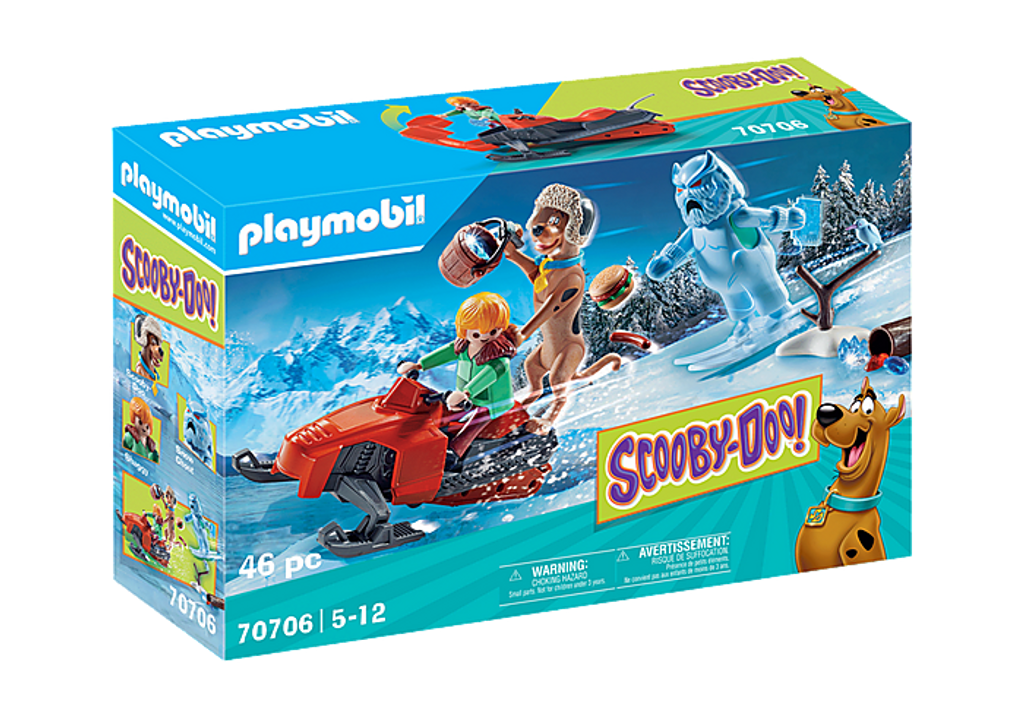 Race down the mountain in the SCOOBY-DOO! Adventure with Snow Ghost! Shaggy™ and Scooby-Doo™ hop on the snowmobile to escape from the wintery snow villain as he follows them on skis! Scooby stands on the back of the snowmobile with his snow hat on to keep his ears warm, while Shaggy frantically drives down the slope away from the ghost! Unmask the ghost to reveal his true identity, and collect his ghost card, which can be examined using the reader in the SCOOBY-DOO! Mystery Machine™ or SCOOBY-DOO! Adventure in the Mystery Mansion™ (70286 & 70361 - each sold separately). Set includes Scooby-Doo, Shaggy, Snow Ghost, snowmobile, ghost card and other wintery accessories. Dimensions: 5.1 x 2.8 x 2.2 in (LxWxH) Recommended for ages five to twelve years. Warning. Choking Hazard. Small parts. Not for children under 3 years.
Reviews

$13.99
Includes Scooby. The ghost can be unmasked. Scooby with balloon bundle to collect! Capture the thief under the Big Top in SCOOBY-DOO! Adventure with Ghost Clown! This sneaky ghost is haunting the...
Add to Cart
Add to Cart
Playmobil

$11.24
Includes Scooby and Fred. The ghost can be unmasked. Scooby on the waveboard and Fred in a diving outfit to collect! Dive underwater with Scooby-Doo™ and Fred™ in the SCOOBY-DOO! Adventure with Ghost...
Add to Cart
Add to Cart