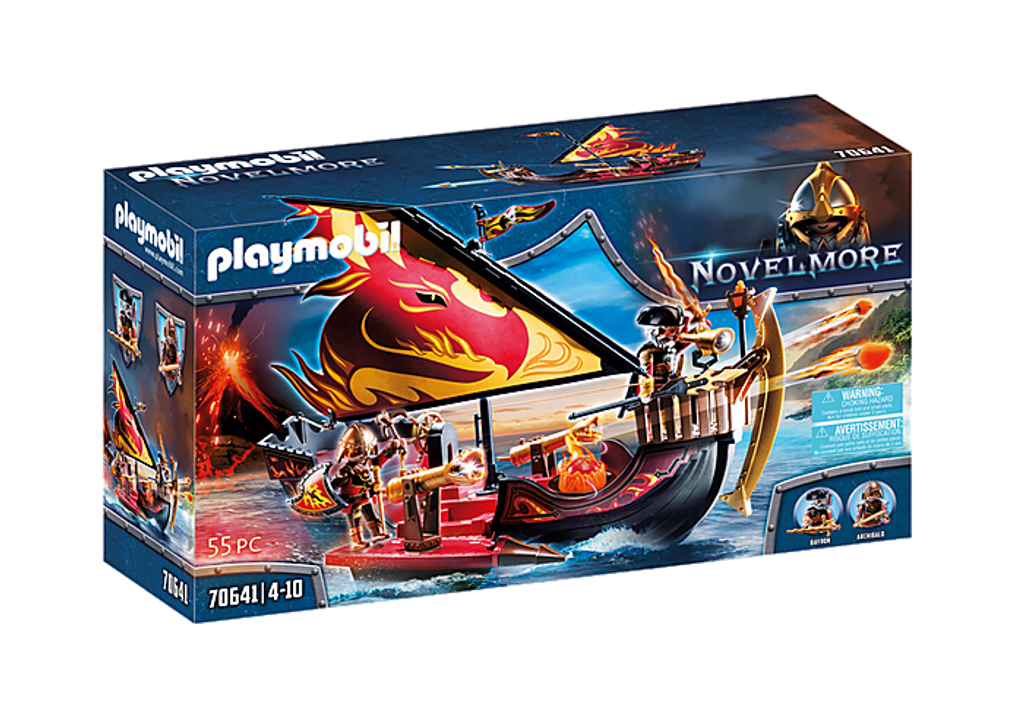 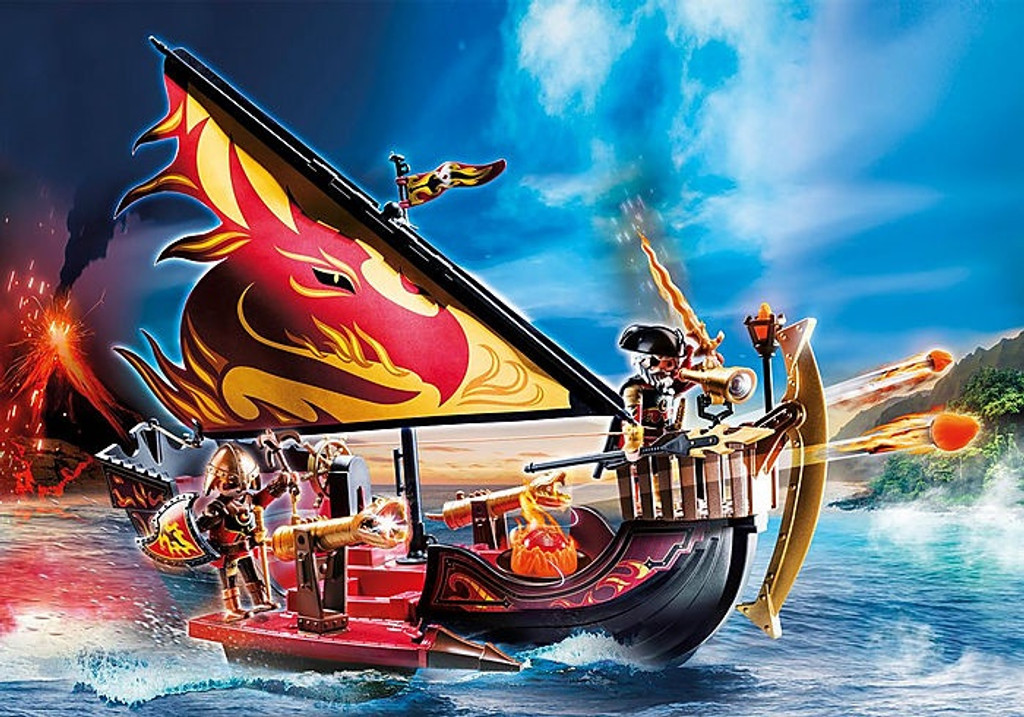 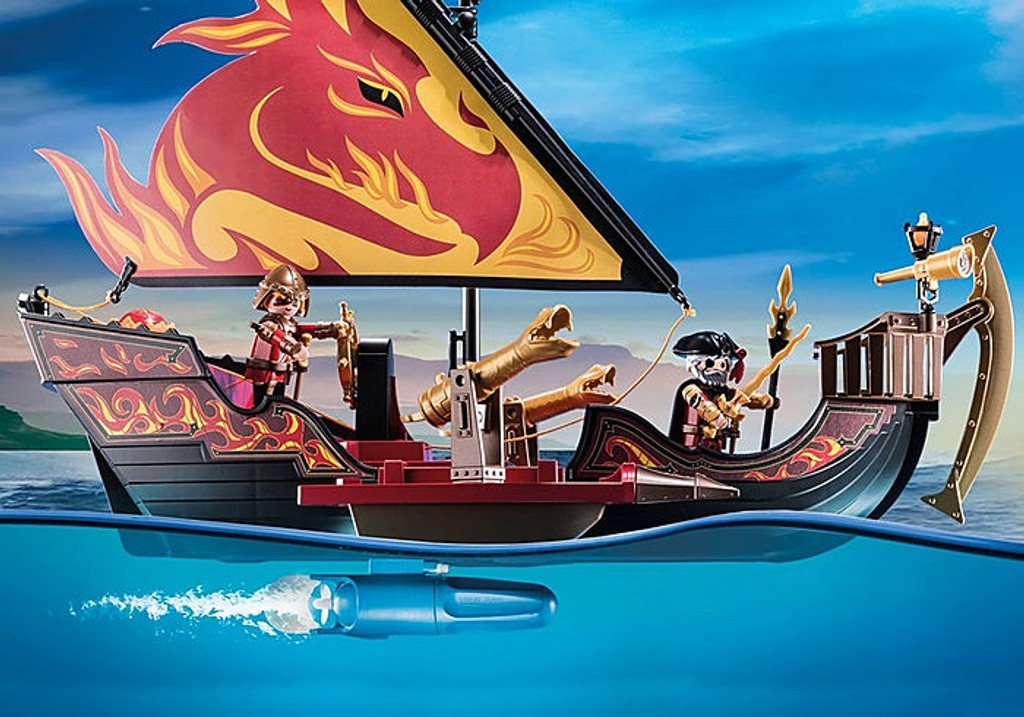 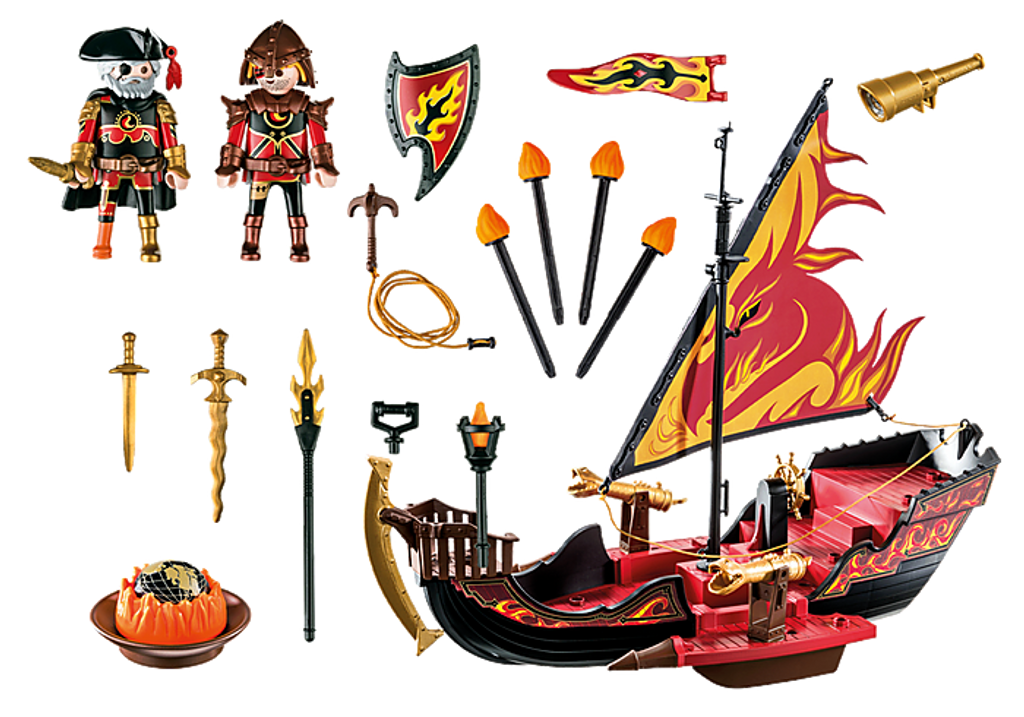 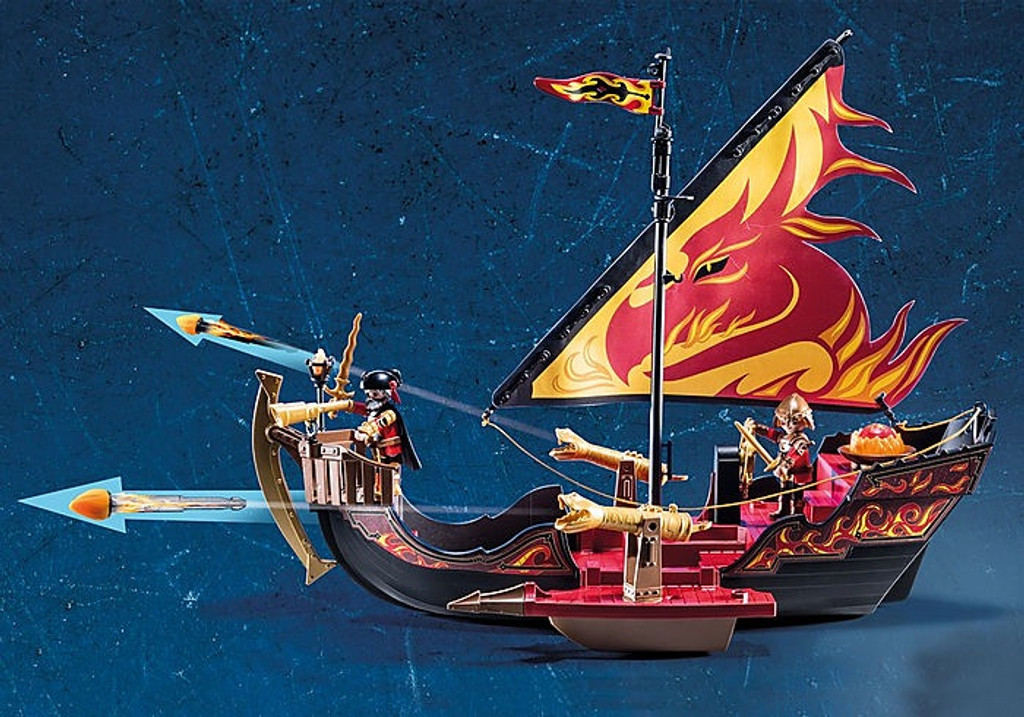 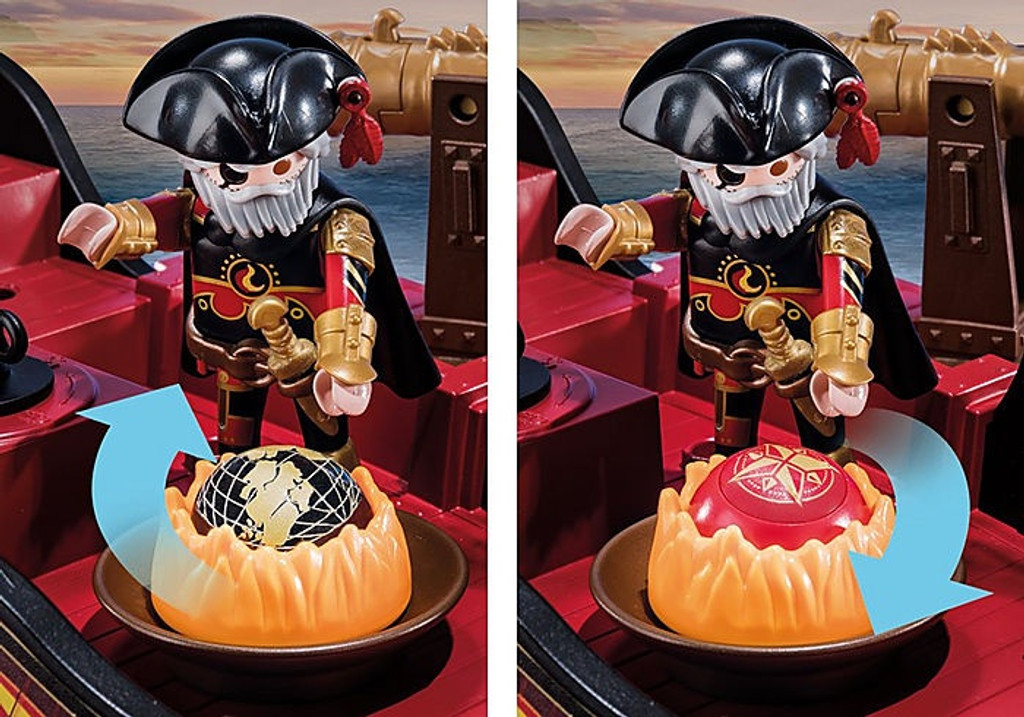 With the agile lightship the Burnham Raiders are also well equipped for attacks on water. With the swivelling cannons and the versatile bow sickle, which can be used as ram protection or grappling hook, the Raiders can decide for themselves whether to attack or defend.

The quest for the magical armour Invincibus continues. But the adventure does not only take place on the mainland. Even on the water the Burnham Raiders are a burning threat with their multi-functional fire ship. If an enemy approaches, the cannons are brought into position at lightning speed. As soon as the ship gets close enough, the Raiders extend their prow and use it as a grappling hook. Hot-headed Bayron Burnham is in charge aboard the ship. Right now, the pyromaniac warlord is studying the magical compass to learn the coordinates of the Invincibus. Will the compass lead the Burnham Raiders to its destination? Set includes the leader of the Burnham Raiders Bayron Burnham and Archibald Blazebow, a fire ship with working cannons, dragon sails and a magic compass. The sickle on the bow of the ship can be used either as a ram guard or as a grappling hook. The ship can be upgraded with an underwater motor (7350).

$69.99
Race to the scene and put out the blaze with the Fire Engine. This traditional fire vehicle can combat even the biggest fires, thanks to its extendable hose and water-dart sprayer. With the help of...
Add to Cart
Add to Cart
Playmobil

$12.99
And it burns, burns, burns. that Playmobil 70227 Novelmore Burnham Raiders Spirit of Fire! This mighty warrior uses its magic to light up the battlefield! It includes a warrior complete with burning...
Add to Cart
Add to Cart
Playmobil

$149.99
Get ready for battle at the Playmobil 70221 Novelmore Burnham Raiders Fortress Playset! With 215 pieces, your best adventures continue here. A horse on fire joins a dragon and four figures, hammers,...
Add to Cart
Add to Cart